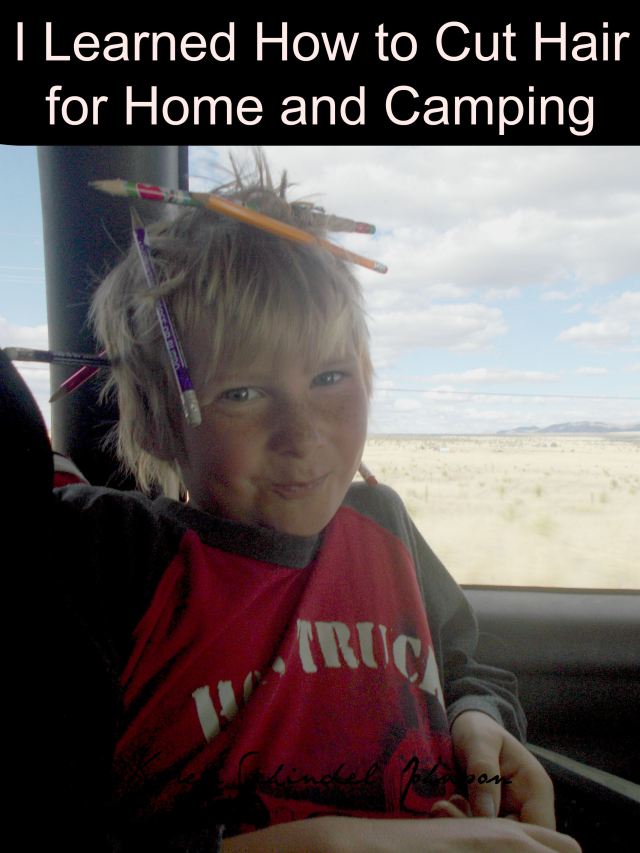 I Learned How to Cut Hair

It’s been common practice for me to be the ‘hair dresser’ for much of the family for years.  The kids have basically grown up with mom cutting their hairs (why do we say haircut when we cut more than one of them?  Always been a family thing to joke about).

But I didn’t always cut hair.

Never….until Everette and I had been married about 2 years.  He convinced me to cut his hair one day when we were living in northern BC.  He couldn’t be bothered to go to a barber and he figured I couldn’t do that bad of a job.  Besides, the difference between a good and a bad haircut is…..about 2 weeks.  So, one Saturday morning I gave it a try.

I literally couldn’t put a comb through Everette’s jet-black hair it was so thick.  It has always been curly, wiry, and thick up until that time.  He said in high school it was a natural afro and he never combed it but used one of those big picks of the day.

That first hair cut I really had no idea what I was doing, and I hesitantly cut every billion hairs on his head.  I think it took me 2 hours to nervously finish the first haircut, it was torturous for each of us but I think it looked decent enough nobody knew his wife had done it.  Or maybe it looked so bad they assumed it was me and were kind enough to both of us not to mention.  I don’t know.

It certainly has gotten much easier and quicker to cut his hair over the years.  After all, there are not so many hairs to cut, and its super easy to comb through it now, that spotty silvery crown atop his head. 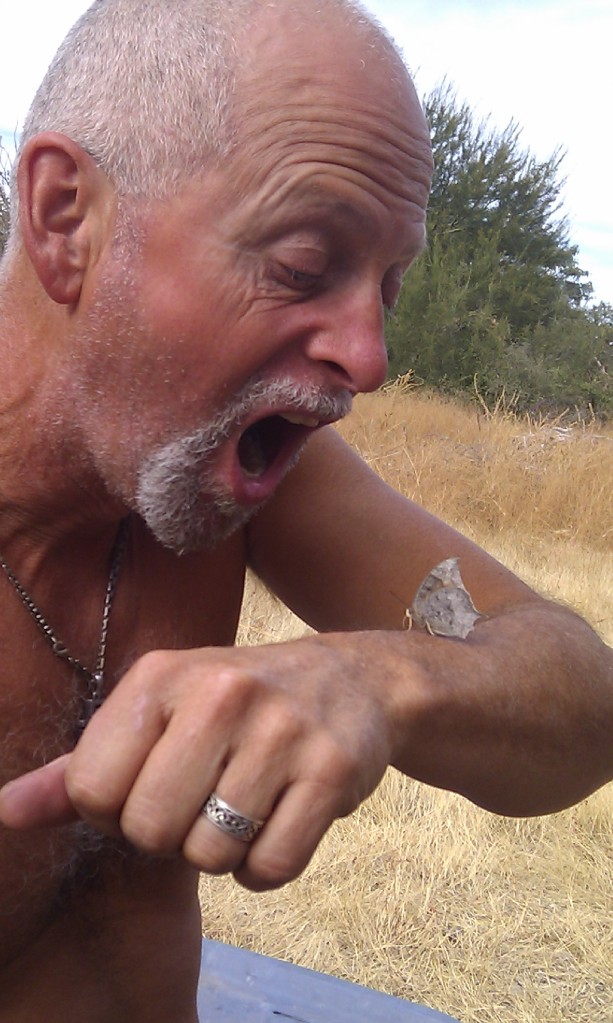 We gradually added kids to the mix who became my guinea pigs and I slowly learned to be faster and more creative.

Years ago when we only had 2 girls, I borrowed library books on how to cut hair, and my sister-in-law gave the occasional tip.  I by no means think of myself as a hairdresser, but I am adequate enough to keep everybody’s hair in decent shape that they are happy with it.  With 11 in the family we’ve saved a lot of money by learning how to cut hair.

Besides my little broom and dustpan, my most treasured item I brought on our travels (not including my Blendtec that is stored away and deliciously brought out when we have use of electricity for a stint) is our Wahl hair cutting kit.  Everette ordered it years ago for me with our Save-On-More points (gosh, must have been back in 1999 when Mitchell was 1 yo because I distinctly remember cutting his hair over a 2-day period of time because he was so nervous of the buzzing at his ears!)

Over the years we have saved untold hundreds of dollars by knowing how to cut hair at home, even though occasionally I would treat myself to a professional cut.  But all the boy’s heads got buzzed with the clippers as did Everette’s, and I cut the girls hair with shears unless they were wanting a new look I felt totally inadequate at accomplishing…then I would take them to somebody professional.

I find that going to a salon may be a nice treat (especially if they give a head massage, too…..can you say l-u-x-u-r-y!!)  But you know the price is high and you don’t always get the look you’re wanting, unless you can keep going to the same person over and over again and they really get to know your hair and your personality and desires.

Traveling full-time adds on a different situation of course, because you are rarely in a location long enough to need repeated hair cuts with the same person.  We find that having our own hair cutting tools has been absolutely great.  We can get a cut whenever the fancy hits rather than scouting out a hair salon, and we save bundles of money. 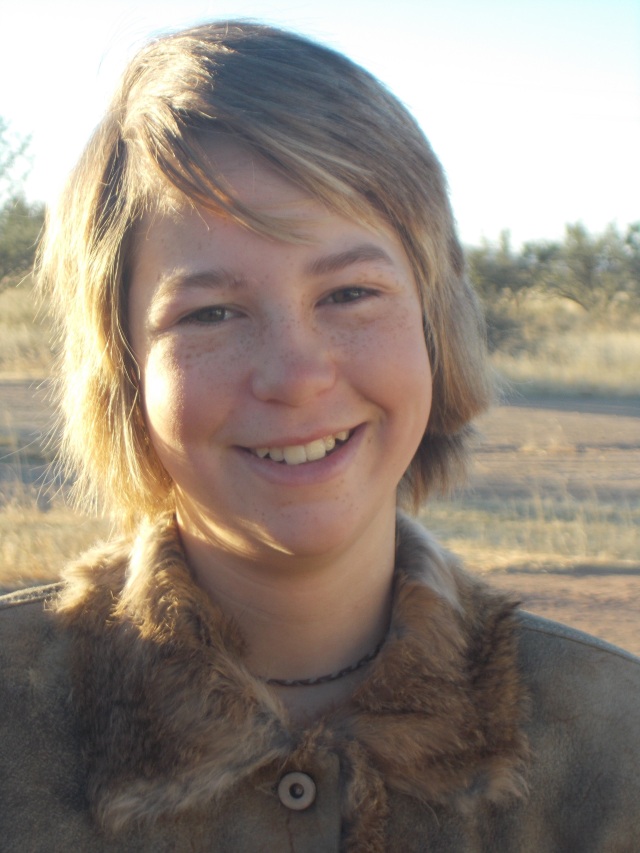 Now since traveling the boys have all been getting longer surfer-style hair (except Everette who continues to buzz it off himself) while us girls keep getting shorter and shorter hair.  The reason for us girls to go shorter is the frustration of brushing it after being in the salty ocean water, and the heaviness and heat it incurs in the tropics.

Why do the boys keep getting longer?  I suppose, to look the part of a surfer? 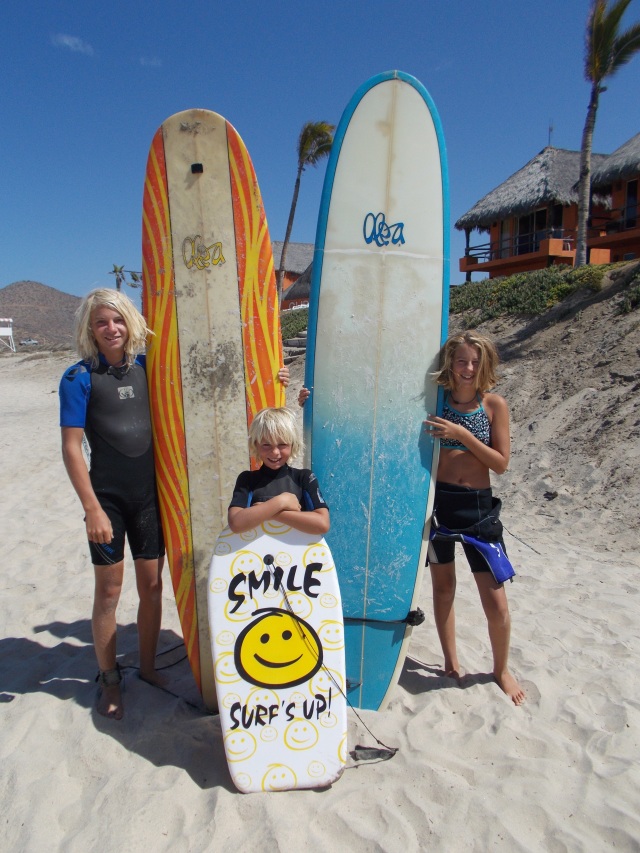 Some silly hair videos, adding excitement while we drive the Arizona Highways.