We rode in a tram to the entrance where they had a large silver door.  It almost looked as if we were entering into a top-secret place.  There were six of these doors, all there to keep the moisture in the caves and the Arizona heat outside.

After the sixth door we got into where the stalactites and stalagmites and many other forms were.

It was dark and very humid. (no pics allowed.  Following pics are from the visitor centre displays)

Soda straws. The world’s known longest one is here at Kartchner, over 21 ft long.

All the formations were amazing: straws so thin they could break if you walked past them, while next to them were great pillars of white, red, yellow, orange and other colours.

“Fried egg”. We saw one in Big Room that was still dripping and splattering.

Everywhere the bats hung is black with oil.  Wherever the oil is, no formations will grow.  I found it interesting how the guano piles could hold about 90 different kinds of bugs and organisms; about 20 were new to science.

We heard and saw drips of water; the sound echoing into the darkness while a form slowly grew. 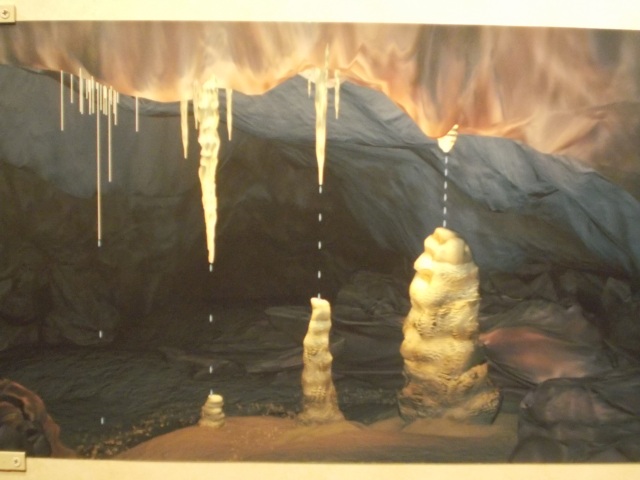 I never knew that light would damage everything in here, but after thinking about it it made sense.  The light would effect micro-organisms and certainly deter bats from living in here. 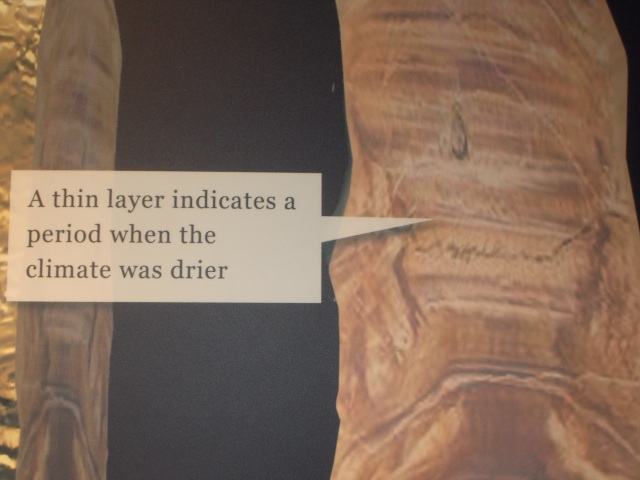 We wound our way along paths until finally going through four big metal doors to the outside.  It was blindingly bright in the daylight, but the entire experience was amazing.

3 thoughts on “Into the Hill of Kartchner Caverns”