This is the new and upcoming Johnson artist 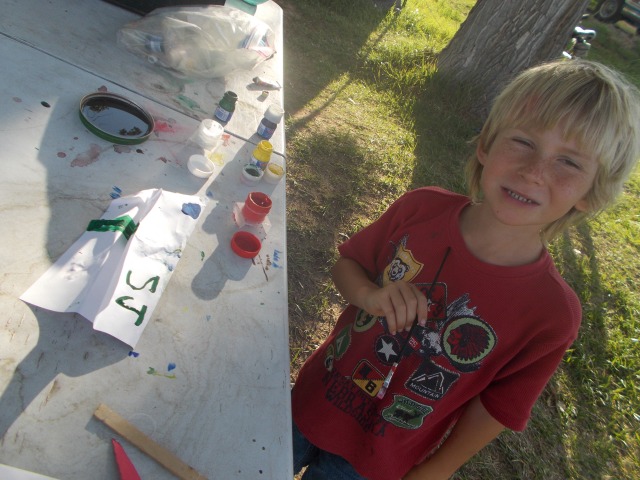 Laars, with red paint in his hair

I’m amazed at the artistic talent in so many of our children, particularly since Everette and I aren’t particularly artistic!

Laars has dabbled a little bit with paints but always claimed he wasn’t good at it.  But I suggested he tried again this week, and now he claims “I’m a great artist!” (internalizing what I’ve been telling him!)

His first project this week. Planet.

Moving on to imaginary Ringed Planets

I read a cute story to the boys this week concerning perspective.  “The True Story of the 3 Little Pigs by A. Wolf” as told to Jon Scieszka.  Highly recommended.  The result, besides discussing the ‘other side of the story’ was….

He says this is “just a simple rainbow” 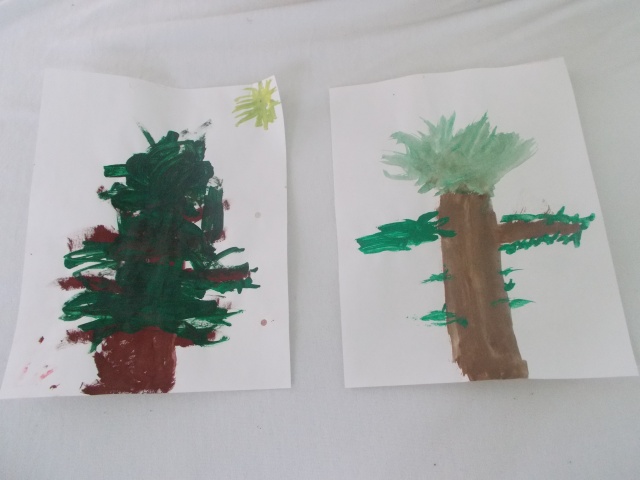 Trees. I particularly enjoy the one on the right.