I mentioned the mice we’ve been finding in the swimming pool, both dead and alive.

We’ll we’ve actually been having our own adventures with mice in our camp and right in the van.  And I’m getting a little tired of mice.

Before Everette was away we discovered there was a mouse on the top of our van when we were packing up the tent.  How he got there we aren’t sure, but possibly by leaping off a tree branch nearby.  We swept him off.  Simple enough.

I woke a few times in the middle of the night hearing some scurrying across the roof of the tent.  I waited, then banged on the ceiling of our tent in hopes of bouncing him off, but I think he just landed somewhere else on the fly.  He scurried away to come back another night.

The morning that the kids and I packed up the van to pick up Everette from the airport we discovered an apple had been chewed on and a roll of toilet paper partially unrolled and shredded across the dashboard.  We borrowed some traps & hoped they’d do their nasty job while we drove to San Jose del Cabo.  No luck.

So we told Everette of the situation on the way back to camp.  We hoped that we’d catch the mouse during his nightly adventures in our van-playground.  But when we arrived back to our camping spot that night, we didn’t have mice on our minds anymore……I heard a hissing sound as we were backing in…..we’d picked up a screw on our drive home. 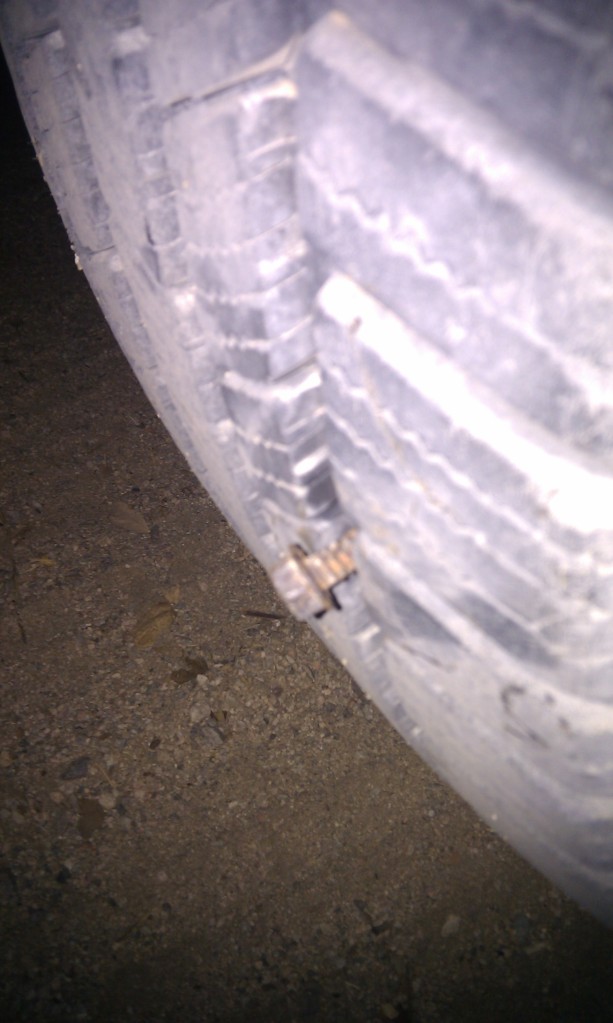 Before setting up the camp in the dark Everette taught Mitchell how to remove the screw and plug the tire.  New life skill under the belt.  Then, onto setting up camp and setting traps again for our unwanted guests.  Because we had decided to pull-up camp after our 3.5 months stint at Los Frailes it required a big empty-the-van-before-packing-the-van so we hoped we would discover where this mouse had been hanging out….a trap eventually snapped and we had the critter.  A nice plump mouse. 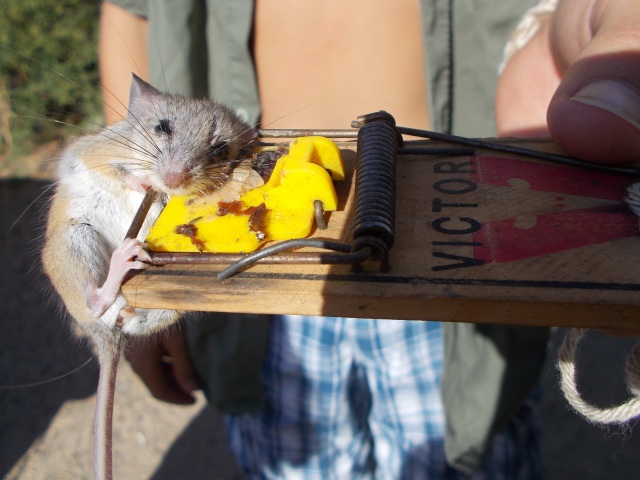 Yay, we were leaving Frailes without hitchhikers.  With set traps, just in case.

First morning in Cerritos this is what we found in our side stairwell:

The mouse had come along for the ride.  We also found a hole nibbled in the side of a carrot, an onion and an apple.  Quite the salad this hungry mouse ate.

We have now bought those sticky traps and set them out in hopes of catching (and releasing) our unwanted guests.  Soon, I hope.   I’m not enjoying them dropping turds and making a mess.  Worried about our computer cords and other wires, our sleeping bags, backpacks and clothing that can be very luring (or entertaining for them, I’m not sure which).